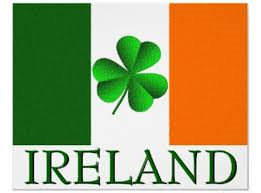 Ireland’s Atlantic coastline faces a 2,000 mile (3,200 km) wide expanse of ocean.Ireland is filled with many hills and farmland the country’s grasslands create a green-hued landscape that is very popular for the country and for tourists. 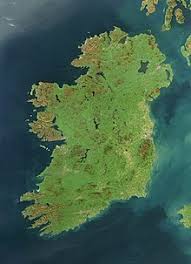 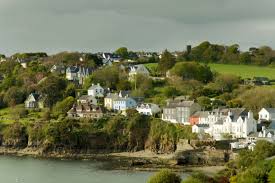 Important And Most Visited Places

There are many important places in Irleand and most visited like the Cliffs of Moher and the Giants Causeway is visited around 851,000 people per year.

The Cliffs Of Moher is visited around 1.5 million per year and the giants causeway 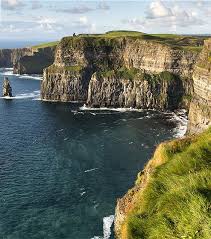 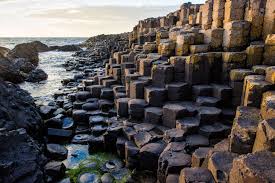 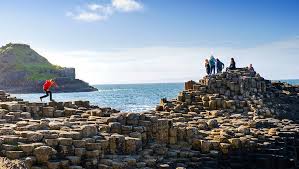 The cliffs of Moher are sea cliffs located at the southwestern edge of the burren region in county Clare, Ireland. They run for about 14 kilometers. At their southern end, they rise 390 ft above the Atlantic ocean, eight kilometers to the north, reach their maximum height of 702 ft just north of O'brians tower a round stone tower near the midpoint of the cliffs, built in 1835.

The Giant's Causeway is an area of about 40,000 interlocking rock columns, the result of an ancient volcanic eruption. It is located in County Antrim on the north coast of Northern Ireland, about 4.8 km northeast of the town of Bushmills.The tallest are about 39 ft high, and the solidified lava in the cliffs is 92 ft thick in places.

Ireland is located in Europe. it is the 3rd biggest country in Europe. 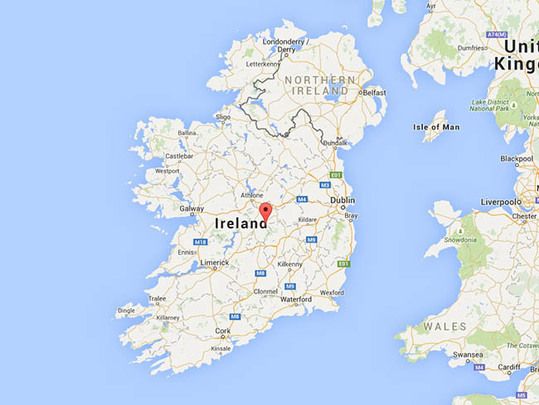 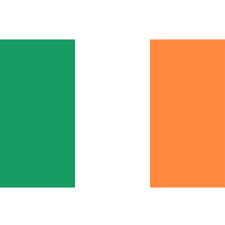 Ireland is an island in Northwestern Europe in the north Atlantic Ocean. The island lies on the European continental shelf, part of the Eurasian Plate. The island's main geographical features include low central plains surrounded by coastal mountains. The highest peak is Carrauntoohil which is 1,041 meters or 3,415 feet above sea level.

one of the major since it cities in Ireland is Dublin since it is the capital. a few other major cities are Cork amd Galaway. 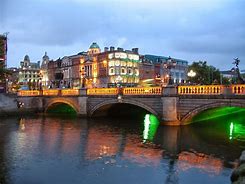 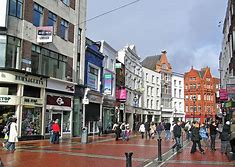 Representative traditional irish dishes include irish stew (made with lamb, mutton, or goat), bacon and cabbage (with potatoes), boxty (potato pancake), coddle (sausage, bacon, and potato), colcannon (mashed potato, kale or cabbage, and butter), and, in Ulster, the soda farl.

The climate of Ireland is mild, moist and changeable with abundant rainfall and a lack of tempetures extreme. ireland's climate is defined as a tempature oceanic climate.

,The prevailing wind blows from the southwest, breaking on the high mountains of the west coast. Rainfall is therefore a particularly prominent part of western Irish life.

-ALNWICK CASTLE
Alnwick Castle is a medieval castle and also known as the Windsor of the North as it is the second largest inhabited castle in England.

-ARAS AN UACHTARAIN
The original house was designed by park ranger and amateur architect, Nathaniel Clements in the mid eighteenth century.

-BLARNEY CASTLE
Blarney Castle is a medieval stronghold in Blarney, near Cork, Ireland. It is near the River Martin. The castle originally dates from before 1200. It was destroyed in 1446, but subsequently rebuilt by Cormac MacCarthy, the King of Munster. It is currently a partial ruin with some accessible rooms and the battlements.

-ROCK OF CASHEL
For more than a millennium, the Rock of Cashel, a formidable stronghold rising high above the surrounding plain, has stood sentinel over Tipperary. Legend—and a carved cross—imply an association between St. Patrick and the Rock’s earliest rulers,

SKELLIG MICHAEL
Built on a steep-sided, double-peaked rock seven miles off the coast of County Kerry, the monastery on Skellig Michael illustrates the extremes of early Christian devotion and discipline.

Entertainment
such as rock and roll and punk rock. Ireland has also produced many internationally known artists in other genres, such as rock, pop, jazz, and blues. Ireland's best selling musical act is the rock band U2, who have sold 170 million copies of their albums worldwide since their formation in 1976 Irish traditional music has remained vibrant, despite globalising cultural forces, and retains many traditional aspects. It has influenced various music genres, such as American country and roots music, and to some extent modern rock. It has occasionally been blended with styles.

Most of the transport system in Ireland is in public hands, either side of the Irish border. The Irish road network has evolved separately in the two jurisdictions into which Ireland is divided, while the Irish rail network was mostly created prior to the partition of Ireland. 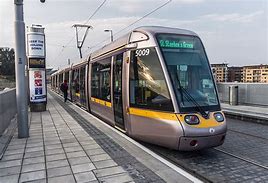 The two official languages of the Republic of Ireland are Irish and English. Each language has produced a noteworthy literature. Irish, though now only the language of a minority, was the vernacular of the Irish people for over two thousand years and was possibly introduced during the Iron Age. It began to be written down after Christianisation in the 5th century and spread to Scotland and the Isle of Man where it evolved into the Scottish Gaelic and Manx languages respectively. 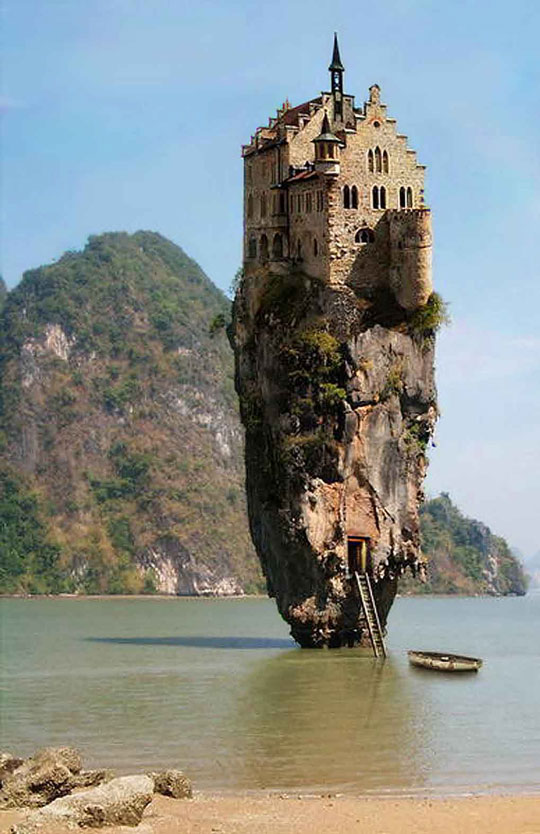 Ireland's culture comprises elements of the culture of ancient peoples, later immigrant and broadcast cultural influences. In broad terms, Ireland is regarded as one of the Celtic nations of Europe, alongside Scotland, Wales, Cornwall, Isle of Man and Brittany. This combination of cultural influences is visible in the intricate designs termed Irish interlace or Celtic knotwork. These can be seen in the ornamentation of medieval religious and secular works. The style is still popular today in jewellery and graphic art, as is the distinctive style of traditional Irish music and dance, and has become indicative of modern "Celtic" culture in general.

Irish Music is music that has been created in various genres on the island of Ireland.

The indigenous music of the island is termed Irish traditional music.Jump to search

Irish dance or Irish dancing is a group of traditional dance forms originating from Ireland, encompassing dancing both solo and in groups, and dancing for social, competitive, and performance purposes.Solo Irish dance includes the most well-known form of Irish dance, Irish step dance, which was popularised from 1994 onwards by dance shows such as Riverdance, and which is practised competitively across the Irish diaspora. Step dance is characterised by the rigid upper body and intricate footwork of its performers. Other forms of solo Irish dance include sean-nós dance, a relaxed and social dance style involving improvised steps, and festival Irish dance, a style which separated from step dance in the mid-20th century

From the late 17th century, talented artists began to emerge in the fields of fine art, particularly the painting of portraiture and landscapes. The early 18th century saw increased prosperity and establishment of new cultural institutions including the Royal Dublin Society (1731) and Royal Irish Academy (1785).

The history of Irish theatre begins with the rise of the English administration in Dublin at the start of the 17th century. Over the next 400 years this small country was to make a disproportionate contribution to drama in English

Climbing is among the most popular outdoor activities in Ireland and, wherever your vacation in Ireland takes you, there will be no shortage of places to get involved in Ireland's active community of indoor and outdoor climbers. A database of Ireland's best climbing routes is available online for those wishing to research the best ascents, it is possible to reach places which have received fewer human visitors than the moon!

Ireland is famed for its golf, with sweeping coastlines and wooded valleys providing a suitably dramatic backdrop for any round of golf, whether you're a beginner or a veteran. With such amazing scenery, it is hardly surprising that Ireland is home to some of the world's finest Championship courses and resorts

This wild landscape of gorse and bracken is home to many of Ireland's most significant archaeological finds, as well its grandest estates.

Ireland's much-loved capital and the gateway to the Emerald Isle. A vibrant, modern and outward-facing city, most Ireland tours and vacations begin here.

Pack walking boots, a camera and a sense of adventure as you head west for Galway, County Clare and the Wild Atalantic Way...